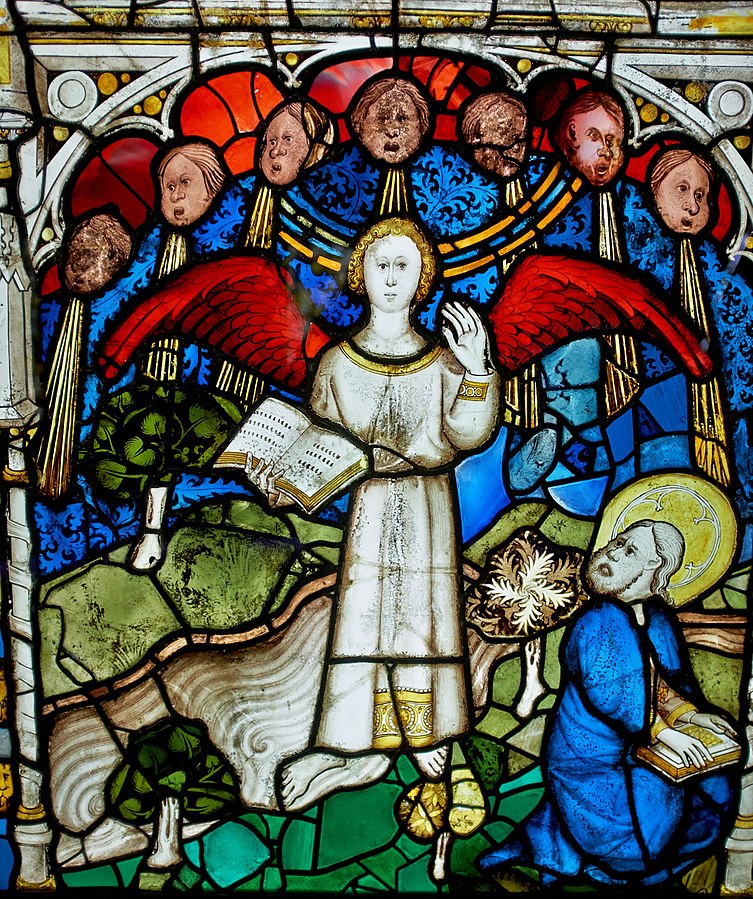 Yea, the stork in the heaven knoweth her appointed times; and the turtle (dove) and the crane and the swallow observe the time of their coming; but My people know not the judgment of the Lord. Jeremiah 8: 7, K.J.V.

SEVEN is a significant number in the Bible. It denotes perfection and completeness, and is often referred to as God’s number. It suggests the height of: purification, worship, the gospel light, Spirits, seals, trumpets, angels, heads and crowns, plagues, and kings. On the other hand, thunder, literally a sound produced by lightning is figurative of God’s power (Job 26: 14); control (Ps. 104: 7); majesty (Rev. 4: 5), and visitations of judgment (Rev. 11: 19).

Suddenly, it is much easier to see  the vital nature of the “seven thunders,” and how sadly unfamiliar, worse, even devastatingly misinformed many are regarding the end-time prophecies portrayed therein that took place within this time period in the proclamation of the first, followed by the second angels’ message. Again, God’s messenger says the seven thunders were “a delineation of events that would transpire under the first and second angels’ messages.”

Church history, in general (following the chronology of the seven churches of Revelation), and denominational history, in particular that embrace other published eye-witness accounts, publications, and newspapers—the media at that time—and especially the writings of Ellen G. White bear abundant testimony of what transpired during the giving of these two messages in America. The unique experiences of those who gave the first angel’s message, led by such names as William Miller, Josiah Litch and Charles Fitch, etc., and the churches that spurned it are now a matter of record. The rejection of the first message necessitated the second angel’s message, “Babylon is fallen, is fallen”—an announcement of the moral fall of the churches.

“And I saw another angel fly in the midst of heaven, having the everlasting gospel to preach unto them that dwell on the earth, and to every nation, kindred, and tongue, and people, saying with a loud voice, Fear God and give glory to Him for the hour of His judgment is come: and worship Him that made the heaven, and the earth, and the sea, and the fountains of waters.” Revelation 14: 6, 7, K. J. V.

Although the sealed time prophecies of Daniel were “unsealed” in 1798,  as prophesied, the events delineated in the ‘seven thunders’ continued to be sealed up from the church at that particular phase of the church, primarily to accomplish the following: to warn the people “to flee from the wrath to come;” announce Christ’s speedy return as “all things are at hand;” to bring sinners to repentance, all designed to “separate the church of Christ from the corrupting influences of the world.”

“The prophecy of the first angel’s message, brought to view in Revelation 14 found its fulfillment in the Advent Movement of 1840-1844. . . .To William Miller and his co-laborers it was given to preach the message in America and the light kindled by their labors shone out to distant lands. The testimony of the Scriptures pointing to the coming of Christ in 1843, awakened wide-spread interest.” – E. G. White, Spirit of Prophecy, vol. 4, p. 222.

1843: Year of the First ‘Mini Disappointment’

Consistent with the time-tested method of computing the 2300-day prophecy, which requires stayingwithin the safe confines of longest time prophecy (antidote against time-setting)–when figuring out the other shorter yet intertwined  time prophecies, there are two different approaches that both arrive at the common year of 1843. These are:

1. The 70-week prophecy of Daniel 9: 24-27. – The starting date for figuring out this first prophecy cluster, which is shorter than the 2300-day prophecy (490 years vs. 2,300 years), is thus the same starting date of the 2300-day prophecy. History attests that this date is the year the successive commands of three Persian pagan kings–Cyrus, Darius and Artaxerxes– to rebuild Jerusalem.  This year is 457 A.D. By deducting 457 from 2300 brings us to 1843.

2. The 1290 and 1335 day prophecies and the Year 508 A.D. – Daniel’s two shorter prophetic time periods of 1290 and 1335 days point to the outstanding events portrayed in the seven trumpets. First let’s consider this scripture containing two time prophecies:

“And from the time that the daily sacrifice is taken away, and the abomination of desolation is set up, there shall one thousand two hundred ninety [1290] days. Blessed is he who waiteth and cometh to the one thousand three hundred and thirty-five [1335] days.” Dan. 12: 11, 12.

The word “sacrifice” was added by the translators of the K.J.V. and they honestly owned up to it by italicizing the word. It should be “desolation,” hence, more accurately reads: “the daily desolation.” Uriah Smith, in Daniel and the Revelation, pp. 270- 272 wrote:

“The expression denotes a desolating power, of which the abomination of desolation is but the counterpart, and to which it succeeds in point of time.  . .the ‘daily; desolation was paganism, and the ‘abomination of desolation’ is the papacy.. . . . How can the ‘daily, or paganism be taken away?’ As this is spoken of in the connection with the placing or setting up of the abomination of desolation, or the papacy, it must denote, nor merely the nominal change of the religion of the [Roman] empire from paganism to Christianity, as on the so-called conversion of Constantine, but to such an eradication of paganism from all the elements of the empire that the way would be entirely open for the papal abomination to arise and assert its arrogant claims. Such a revolution as this was accomplished, but not for nearly two hundred years after the death of Constantine.

“As we approach the year 508 A.D., we behold a mighty crisis ripening between Catholicism and the pagan influences still existing in the empire. Up to the time of the conversion of Clovis, king of France, in A.D. 496, the French and other nations of Western Rome were pagan; but following that event, the efforts to convert idolaters to Romanism were crowned with great success. The conversion of Clovis is said to have been the occasion of bestowing upon the French monarch the titles ‘Most Christian Majesty’ and ‘Eldest Son of the Church.’ Between that time and A.D. 508, by alliances, capitulations, and conquests, the Arborici, the Roman garrisons in the West, Brittany, the Burgundians, and the Visigoths, were brought into subjection.

“From the time when these successes were fully accomplished, in A.D. 508, the papacy was triumphant so far as paganism was concerned; . . .  Let it be marked that soon after the year 508 A.D., paganism had so far declined, and Catholicism increased in strength, that the Catholic Church for the first time was able to wage war against both the civil authority of the empire and the Church of the East, which has for the most part embraced the Monophsysite doctrine, which Rome counted heresy.”

The 1290 days.– This period is closely connection with “time, times, and half” (Dan. 12: 7)—the 1,260 days [the Dark Ages]. The events that occur at the end of these periods [1260 and 1290) are identical. Thus, these two periods cover approximately the same historical era. The excess of the 1290 over the 1260 is due to the fact that the reckoning of the 1290 is focused on the “taking away of the daily” preparatory to the establishment of the “abomination that maketh desolate.” Subtracting 1290 from 1798 gives you 508 A.D. This is the transition year in history when Clovis, the last pagan king of the Franks converted to Catholicism and with his victory over the Goths, established the beginning of the supremacy of the Roman Catholic Church which became officialthirty years later, in 1798—the start of the 1260 years of the Dark Ages.

“Waiteth. – This implies that the following prophetic period can be expected to continue beyond the end of the 1290 days. Now, if the 1290 and 1335 days begin at the same time, as they do, then 1335 days reaches to the year 1843—a significant date in the great Advent awakening in America, known as the Millerite movement.”

God moved upon Josiah Litch to amazingly predict, based entirely on the prophecies (Rev. 9: 12-21), the exact year, month, and day the Ottoman Empire (the prophecy revealing Islam’s role within the 2300 days] would end in August 11, 1840—the beginning year of the first angel’s message. He also used Charles Fitch to devise the 1843 prophetic chart. Notice:

“As early as 1842, the Sprit of God had moved upon Charles Fitch to devise the prophetic chart, which was generally regarded by Adventists as a fulfillment of the command given by the prophet Habakkuk, to ‘write the vision and make it plain upon the tables.’ No one, however, saw thetarrying time, which was brought to view in the same prophecy. After [this] disappointment the meaning of the Scriptures became apparent.  Thus speaks the prophet: ‘Write the vision, and make it plain upon the tables, that he may run that readeth it. For the vision is yet for and appointed time, but at the end it shall speak, and not lie: though it tarry, wait for it; because it will surely come, it will not tarry’’ Habakkuk 2: 2, 3.” – Ibid,  Spirit of Prophecy, vol. 4, p. 228. (NOTE: On this “tarrying time,” see Parable of the Ten Virgins, Matt. 25: 1-13. By parable and prophecy God reveals truth to those who seek!

“I saw that God was in the proclamation of the time in 1843. It was His design to arouse the people and bring them to a testing point, where they should decide for or against the truth.Ministers were convinced of the correctness of the positions taken on the prophetic periods, and some renounced their pride. . . to go forth. . . to give the message. But as the message from heaven could find a place in the hearts of but few of the professed ministers of Christ, the work was laid upon many who were not preachers [laymen and even children!]. . . . Thousands were led to embrace the truth preached by William Miller, and servants of God were raised up in the spirit and power of Elijah to proclaim the message. Like John the forerunner of Jesus, those who preached this solemn message felt compelled to lay the ax at the root of the tree, and call upon men to bring forth fruits meet for repentance [Matt. 3: 1-12].” – Early Writings, pp. 232-237.

“I have seen that the 1843 chart was directed by the hand of God and that it should not be altered; that the figures were as He wanted them; that His hand was over it and hid the mistake in some of the figures, so that none could see it, until His hand was removed.” – Ibid, p. 74.

“God designed to prove His people. His hand covered a mistake in the reckoning of the prophetic periods. The [Millerite} Adventists did not discover the error, nor was it discovered by the most learned of their opponents. .  . The time of expectation [in 1843] passed, and Christ did not appear for the deliverance of His people.  Those who with sincere faith and love had looked for their Savior, experienced a bitter disappointment, yet the Lord accomplished His purpose [in the delineation of the ‘seven thunders’]: He had tested the hearts of those who professed to be waiting for His appearing.” – Spirit of Prophecy, Vol. 4, p. 228.

Second Half of the Seven Thunders: the Moral Fall of the Churches

Revelation Chapter 10: the Parenthetical Prophecy between the Prophecies of the Sixth and Seventh Trumpets

This site uses Akismet to reduce spam. Learn how your comment data is processed.