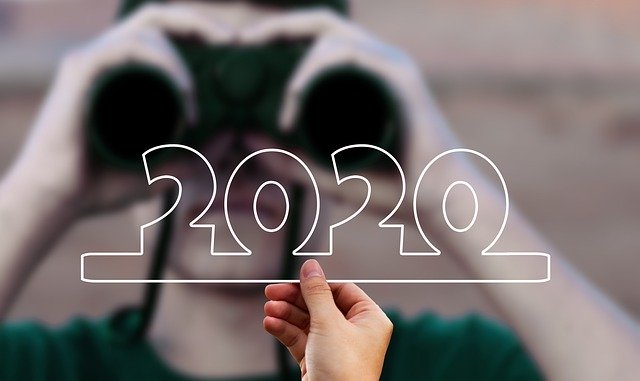 What Christians Should Be Vigilant Over this New Year

What Christians Should Be Vigilant Over this New Year

“I know your works, that you have a name that your are alive, but you are dead. Be watchful and strengthen the things which remain, that are ready to die, for I have not found your works perfect before God. Remember therefore how you have received and heard; hold fast and repent. Therefore if you will not watch, I will come upon you as thief, and you will not know what hour I will come upon you.”

Nominal Christianity. Even before this term came into use today, it was already one of the great problems besieging early Christianity, a grave threat to its purity and undermining its mission. God to Jesus to the angel to John (Rev. 1: 1-3) was shown all that was to happen in the last days and was ordered to write it to the churches, in this specific order of transmission. Rev. 1: 1-4. Apostle Paul quickly picked it up and magnified it in his work. This is a clear description of a spiritually dead “chosen” people, or whoever claims to be “His people,”—beginning with rebellious ancient Israel, a generally spiritually dead church and an individually spiritually dead, professing Christian. “You have a name that you are alive, but you are dead.” Not dead or alive but alive yet dead. What an irony! Such is the nefarious work of the mystery of iniquity!

This refers to anyone who calls or brands himself a Christian, a follower God in the flesh  whose given name Jesus means, “for He shall save His people from their sins” (Matt. 1: 21, 23), and yet, as Paul says, they are not saved but are “dead in their sins and trespasses” (Rom. 6: 2, 11; 8: 10; Eph. 2: 1, 5 Col. 2: 13; 1 Tim. 5: 5-7). Such have and freely invoke the authority and privileges of the name that represents God in the flesh but fail to represent His true character, and, consequently, the very nature of His three offices in His mission and work on earth and in heaven.

Thus, instead of being “ambassadors of Christ,” “co-laborers with Christ,” fulfilling the high and holy commission of being “the light of the world and salt of the earth,” they sadly misrepresent Him to a world still lying in the darkness of ignorance, sin, and error instead of magnifying and expanding His kingdom of grace and righteousness on earth which is founded on His immutable moral law of love.  As Paul wrote: “They profess that they know God, but in works they deny Him, being abominable, disobedient, disqualified for every good work [reprobate, KJV].” Titus 1: 16, K.J.V.

But lest we become confused and discouraged, from the very beginning of the great controversy, that is, relative to “the great multitude without number” of fallen humanity, there has always been a small number of faithful people. John was shown that in the last days the remnant of this continuum as specifically those that “keep the commandments of God and the faith of Jesus” and “have the testimony of Jesus which is the Spirit of prophecy.” Rev. 14: 12; 19: 10. This is their end-time spiritual brand.

“From the beginning, faithful souls have constituted the church on earth.”-  E.G. White, Acts of the Apostles, p. 11. 6.

“The church on earth, composed of those who are faithful and loyal to God, is the true tabernacle whereupon the Redeemer is the Minister. God, not man, pitched this tabernacle on a high, elevated [spiritual] platform.” –Ibid, 7BC, p. 931.6.

“Consider, my brethren and sisters, that the Lord has a people, a chosen people, His church, to be His own fortress, which He holds in a sin-stricken, revolted world; and He intended that no authority should be known to it; no laws acknowledged by it, but His own.” – Ibid, Testimonies to Ministers, p. 16.1.

Notice the following from the same inspired pen bearing the testimony of Jesus which is the Spirit of prophecy that opens our eyes in order to clearly discern between the genuine and counterfeit. Just because someone claims to be Jesus–and there are many that have and will continue arising till the end, does not make him Jesus. “Not everyone that says, Lord, Lord, will enter the kingdom of heaven.” Matt. 7: 21-23. “By their fruits that you shall know them.” v 20. And, “To the law and testimony; if they speak not according to this word it is because there is no light in them.” Isa. 8: 20.

“Christ speak of the church over which Satan presides as the synagogue of Satan [ Rev. 2: 9; 3: 9]. Its members are the children of disobedience. They are the ones who choose to sin, who labor to make void the holy law of God. It is Satan’s work to mingle evil with good, and the remove the distinction between good and evil [Isa. 5:20]. Christ would have a church that labors to separate the evil from the good, whose members will not willingly tolerate wrongdoing, but will expel it from the heart and life.” – E. G. White, Review and Herald, Dec. 4, 1900/ 7BC p. 985.

“In taking upon them the solemn covenant of the church, they have pledged themselves to receive and obey the Word of God, to give themselves to God’s service. But they do not do this. In profession they claim to be the sons of God, but in life and character, they deny the relationship. They do not surrender their will to God. They are living a lie.”- Ibid, Christ’s Object Lessons, p. 279.6.

“John [the Baptist] declared to the Jews that their standing before God was to be decided by their character and life. Profession was worthless. If their life and character were not in harmony with God’s law, they were not His people.” – Ibid, “The Desire of Ages,” p. 107.3.

What if the brand’s name is “New” and therefore they could get away with saying that their product is “Brand New” with a straight face, when in fact it isn’t? This is how countless have and will continue to be deceived because they are not only brand conscious but brand addicts; in fact, blinded by the brand. It is the brand name that mattered. The price and the quality became secondary consideration till it was no longer a concern. A quantum shift had taken place. Form, no longer substance, mattered.

That’s what sadly happened, as faithfully chronicled in the testimony of the Bible and supporting evidence of secular history in the God’s ancient chosen people which reached its hilt in the time of Christ. They prided and branded themselves as the “chosen ones” and “chosen people” and……(you would never have imagined it before it actually occurred, unless you were a diligent student of the prophecies like Daniel, etc.)–crucified the very Chosen One, the Anointed of God, God in the flesh, in the ultimate contradiction and betrayal of trusts. Indeed, “truth is stranger than fiction.”

John the beloved framed it in these poignant words: “He came to His own and His own received Him not.” John 1: 11.  One will see, after a deeper study of the gospel and the recorded life and works of Christ that the word “receive” is not as benign or as simple as it appears or sounds. It is fraught with eternal consequences.

“Now as He drew near, He saw the city and wept over it.” Verse 41. “The Majesty of heaven in tears! The Son of the Infinite God troubled in spirit, bowed down with anguish! The scene failed all heaven with wonder [what about among God’s chosen people on earth?]. The scene reveals to us the exceeding sinfulness of sin; it shows how hard a task it is, even for infinite power, to save the guilty from the consequences of transgressing the law of God. Jesus, looking down to the last generation, saw the world involved in a deception similar to that which cause the destruction of Jerusalem. The great sin of the Jews was their rejection of Christ; the great sin of the Christian world would be their rejection of the law of God, the foundation of His government in heaven and earth.  The precepts of Jehovah would be despised and set at naught. Millions in bondage to sin, slaves of Satan, doomed to suffer the second death [Rev. 20: 14; 21: 8], would refuse to listen to the words of truth in their day of visitation. Terrible blindness! Strange infatuation!” – E.G. White, Great Controversy, 1911, p. 22.

“The tears which Christ shed in Olivet as He stood overlooking the chosen city, were not for Jerusalem alone. In the fate of Jerusalem, He beheld the destruction of the world.  ‘If thou hadst known, even thou, at least in this thy day, the things which belong unto thy peace! But now they are hid from thine eyes.’ Luke 19: 42, K.J.V.

‘In this thy day.’ The day is nearing its close. The period of mercy and privilege is well-nigh ended. The clouds of vengeance are gathering. [This is what the troubling signs of the times portend]. The rejecters of God’s grace are about to be involved in sift and irretrievable ruin. Yet the world is asleep. The people know not the time of their visitation.

“In this crisis, where is the church to be found? Are its members seeking the claims of God? Are they fulfilling His commission and representing His character to the world? Are they urging the attention of their fellow-men the last merciful message of warning?

“Men are in peril. Multitudes are perishing [not just dying]. But how few of the professed followers of Christ are burdened for these souls. The destiny of a world hangs in the balance; but this hardly moves even those who claim to believe the most far-reaching truth ever given to mortals [the pillars of the present truth].

“There is a lack of that love which led Christ to leave His heavenly home ands take man’s nature, that humanity might touch humanity, and draw humanity to divinity. There is a stupor, a paralysis, upon the people of God, which prevents them from understanding the duty of the hour.” COL 302, 303.

“There are many whose names are on the church’s books, but who are not under Christ’s rule. They are not heeding His instruction or doing His work. Therefore, they are under the control of the enemy. They are doing not positive good, therefore they are doing incalculable harm. Because their influence is not a savor unto life, it is a savor of death unto death. [2 Cor. 2: 15, 16].

“The Lord says, ‘Shall I not visit for these things? [Jer. 5: 19]? Because they failed of fulfilling God’s purpose, the children of Israel were set aside, and God’s call was extended to other peoples [even to the ‘Gentiles’]. If these too prove unfaithful, will they not in like manner be rejected? . . . .

“The law of God, unmixed with human tradition, was presented by Christ as the great standard of obedience. This aroused the enmity of the rabbis. They had set human teaching above God’s word, and had turned the people away from His precepts. They would not give up their man-made commandments in order to obey the requirements of the word of God. They would not, for the truth’s sake, sacrifice the pride of reason and praise of men. When Christ came, presenting to the nation the claims of God, the priests and the elders denied His right to interpose between them and the people. They would not accept His rebukes and warnings, and they set themselves to turn the people against Him and to compass His destruction. For the rejection of Christ, with the results that followed, they were responsible. A nation’s sin and a nation’s ruin were due to the religious leaders [not political or military].

(To be continued next week).

The Spirit of Prophecy Explains What is Happening in the World Today and What to Expect and Prepare for:

Jesus said, “My kingdom is not of this world.” So, what is it?

This site uses Akismet to reduce spam. Learn how your comment data is processed.